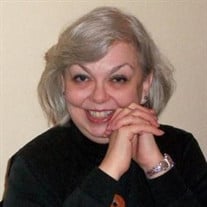 CAROLYN COCHRAN MITCHELL December 27, 1943 – May 28, 2020 Milledgeville, Georgia Carolyn Cochran Mitchell was born December 27th, 1943 in Decatur, Georgia. She attended Glen Haven Baptist Church and enjoyed spending summers in Deep Step, Georgia with her extended family members. She graduated as Co-Valedictorian of her senior class from Avondale High School. Carolyn attended Mercer University in Macon, Georgia, graduating cum laude. She later received a master’s degree from Mercer, graduating magna cum laude. Carolyn worked as a caseworker for the Bibb County and the Newton County Family and Children’s Services, and as a Pre-School educator in Fort Worth, Texas, in Bremen, Georgia, and Birmingham, Alabama. More recently, she was Executive Assistant to the president of Wesleyan College in Macon, Georgia, and later to the Director of the MEDCEN Foundation of the Medical Center of Central Georgia, Navicent Health, before retiring due to Parkinson’s disease. She was daughter to parents Agnes and C. C. Cochran, wife of Alan for 55 years, mother to Teri Mitchell (Paul) Joseph, “Nana” to Jacob Mitchell McClendon, sister to Terry (Judith) and David (Laura) Cochran, and aunt to Wray (Linsey) and Dixie Carolyn Cochran, and great-aunt to Maverick Cochran. She is also survived by several aunts and cousins. The family would also like to express gratitude to the Management and staff of Savannah Court of Milledgeville, Serenity Hospice of Milledgeville, and the Serenity Hospice House of Dublin, Georgia for the outstanding compassionate care shown to Carolyn. In lieu of flowers, memorial gifts in Carolyn’s name may be made to Community Baptist Church, 143 Log Cabin RD, Milledgeville, GA 31061, and Hopewell UMC, 188 Hopewell Church RD, Milledgeville, GA 31061. express online condolences at www.williamsfuneralhome.net Due to the Covid-19 challenges, a memorial service for Carolyn will be announced later. Williams Funeral Home of Milledgeville is in charge of arrangements.

The family of Carolyn Cochran Mitchell created this Life Tributes page to make it easy to share your memories.