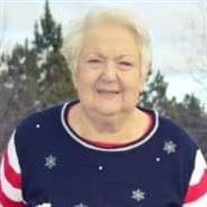 Charlotte Owens Milledgeville Mrs. Charlotte Ann Butgereit Owens, age 76, passed away on February 10, 2019. Funeral services will be held on Saturday, February 16, 2019 at 4PM in the First Presbyterian Church. A visitation will be held on Saturday at the church from 3PM until the service hour. Burial will be held on Monday, February 18, 2019 at 2:30 PM at the Georgia Veterans Memorial Cemetery in Milledgeville. Mrs. Owens was a native of Fairhope, Alabama and had lived in Milledgeville for the past 45 years. She was a graduate of Troy University and had taught school in Baldwin County until her retirement. She was very active in Prison Ministry, the Democratic Committee, Retired Educators Association and enjoyed gardening, cutting grass, and attending her grandchildren's sports events. Mrs. Owens was preceded in death by her husband Arthur Joseph "Joe" Owens, Jr.; her parents, Edwin and Lottie Mae Gable Butgerneit; brother, Roy Butgereit; brother in law, Donald Hill; and dear friend, Ann Watson. She was a member of First Presbyterian Church in Milledgeville. She is survived by her daughters, Maelee (Michael) McDaniel of Kissimmee, FL, and Julie Ann (Robert) Deason of Milledgeville; grandchildren, Rob Deason and Will Deason; sisters, Barbara B. Hill of Fairhope, AL; brother Ivan (Kiki) Butgereit of Roswell; sister in law, Elsie Butgereit of Fairhope, AL; and a number of nieces and nephews. For those who wish memorial contributions may be made to First Presbyterian Church Prison Ministry. Express online condolences at www.williamsfuneral.net Williams Funeral Home of Milledgeville is in charge of arrangements.

The family of Charlotte Owens created this Life Tributes page to make it easy to share your memories.