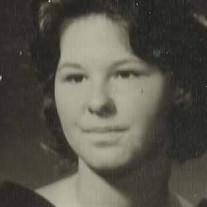 "Virginia Christine McGough Jackson passed away, June 9, 2019, at Medical Center Navicent Health in Macon, GA. A Celebration of Life service will be held at 10 am on Saturday, July 13, 2019, at Bible Fellowship Church located at 190 Old Phoenix Rd in Eatonton, GA. Following the service, the family will host a potluck luncheon at North Shore Resort KOA on Carey Station Road in Greensboro, GA. Barbecue will be catered by Reynolds Aviation Services. Mrs. Jackson was a native of Columbia, Tennessee, lived in Florida most of her life before moving to the Lake Sinclair area in 1987. Mrs. Jackson was the daughter of the late Cecil McGough and the late Ruby Downs McGough. She was a computer programmer and held several computer degrees, even returning to school to earn additional degrees after the age of 60. She was an inspiration to many including her daughters who both graduated college thanks in part to her example. After her daughters were grown, she decided she had more to give and became a foster parent. Of the many children she cared for since 2002, she adopted two wonderful boys who truly were her own children and will always be. Her favorite past-times include dancing, sewing, crafts, camping, visiting the mountains, and cooking. She is revered as one of the South's best cooks. Her tradition was spending 2 weeks baking pies, cakes, confections, and the biggest and best Southern Christmas dinner known to man. As a child she loved to climb trees, play in the dirt, and put Mickey Mantle baseball cards in the spokes of her bicycle tires. She wasn't afraid of much but was terrified of tobacco worms and all things that slither, because her brother Eugene would chase her mercilessly with them. She was preceded in death by her son, William Robert Jackson and grandson, Paul Alvah Behr, her brothers, Thurman McGough and Eugene McGough, sister, Mary Jo (McGough) Hunter, and a brother and sister who died shortly after birth. Survivors include her daughter Cynthia Lindley Behr of Divide, Colorado; daughter Jennifer (Jackson) Harrington of Macon; son James Jackson of Milledgeville; Sister Carol (David) Payne of Eatonton, Brother Bill McGough of McIntyre; Grandchildren Brittany Harrington, Lawrence Seth Harrington, Hannah Harrington, Dylan Harrington, Isabella Harrington, Hudson Harrington, and John Thomas Behr, as well as many cousins, nieces and nephews throughout Georgia, Florida, Alabama, and Tennessee. Expressions of Sympathy may be sent to Williams Funeral Home, 1670 North Jefferson Street, Milledgeville, Georgia 31061."

"Virginia Christine McGough Jackson passed away, June 9, 2019, at Medical Center Navicent Health in Macon, GA. A Celebration of Life service will be held at 10 am on Saturday, July 13, 2019, at Bible Fellowship Church located at 190 Old Phoenix... View Obituary & Service Information

The family of Christine McGough Jackson created this Life Tributes page to make it easy to share your memories.