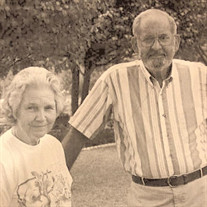 Mrs. Ida Lorraine Weaver West, age 92 passed away on Sunday, March 14, 2021. She was a native of Marion County, GA and had lived in Augusta for many years before retiring and moving to Milledgeville in 1991. She was predeceased by her husband,... View Obituary & Service Information