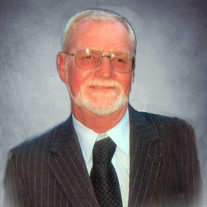 James Robert “Jim” Gilley, age 70, of Milledgeville, passed away Monday, November 9, 2020. Funeral Services for Jim Gilley will be conducted Thursday, November 12, 2020 at 11:00am in the Chapel of Williams Funeral Home of Milledgeville with Rev. Larry Glover officiating. The family will receive friends at the Williams Funeral Home on Thursday, November 12, 2020 from 10:00am until the service hour. A native of Okmulgee, Oklahoma, Jim was born on April 16, 1950 to the late John Raymond Gilley and the late Lois Jean Heard Gilley. Jim had lived at Lake Sinclair for the past 18 years, having moved from Stockbridge, GA. Jim was retired from PBS of the Georgia Department of Corrections. He was a veteran, having served in the U.S. Navy. He was also a Mason, and member of Benevolent Lodge #3 F. & A. M., and a Shriner, and member of the Al Sihah Shrine Temple. Jim is survived by: his wife, Sandra Giles Gilley of Milledgeville ; his son, James Raymond (& Jenna) Gilley of Washington, DC ; his daughter, Mandy (& Terry) Arnett of McDonough ; his sister, Patricia Ann Gilley of Muskogee, OK ; his grandchildren, Austin (& Sara) Arnett of Tucson, AZ and Taylor Arnett of McDonough ; and his “kids”, Maka (& Brian) Rosenwike of Sugar Hill, and their children, Kara and Ann; Marcie (& Lyle) Pittman of Oconee, and their children, Brayden and Ryan; Tucker (& Tiffany) Giles of Baton Rouge, LA, and their children, George and Eleanor; and Michele Yorker of Reidsville. The family has requested that those who wish to make Memorial Contributions, do so to the Shriner’s Hospitals for Children, c/o The Al Sihah Shrine Temple, P.O. Box 3147, Macon, GA 31205. Condolences may be expressed online at: www.williamsfuneral.net Williams Funeral Home and Crematory of Milledgeville is in charge of arrangements.

James Robert &#8220;Jim&#8221; Gilley, age 70, of Milledgeville, passed away Monday, November 9, 2020. Funeral Services for Jim Gilley will be conducted Thursday, November 12, 2020 at 11:00am in the Chapel of Williams Funeral Home of Milledgeville... View Obituary & Service Information

The family of James Robert "Jim" Gilley created this Life Tributes page to make it easy to share your memories.