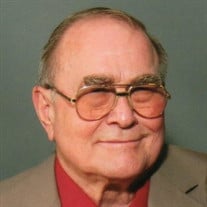 Jerald Dean Smith, age 85, of Milledgeville, Georgia died at home on Sunday, February 6th, 2022. He was born August 19, 1936 in Upland, California to his loving parents Albert and Mable Smith. He had one sibling, a younger brother, Dennis Smith. Virtual service will be held Saturday, February 12, 2022 at 1:30 PM EST. He was a typical good-looking teen of the ‘50s who loved cars, music and dancing and at age 16, met the true love of his life, Betty Jean Porter. They were married on May 22, 1953. They recently celebrated 68 years of being happily married, which is truly worthy of imitation. Their strong union, and dedication to their faith, inspired their move from the West Coast to the East Coast to down South, making lifelong friends and family along their journey. Jerry and Betty were baptized together as Jehovah’s Witnesses in 1956 at a convention in San Bernadino, California, and soon moved across the country to Myrtle Beach, South Carolina, answering an assignment to volunteer where there was a great spiritual need. They helped form new congregations, while aiding many to learn the truth found in the Bible. This willing sacrifice is what led them to their current home, serving faithfully at the North Milledgeville, Georgia congregation of Jehovah’s Witnesses. Jerry was a skilled carpenter and a master plumber and he enjoyed performing this work, servicing the community, and as a helper to the Regional Building Committee of Jehovah’s Witnesses. He had fond memories helping to work on over 30 new Kingdom Halls. He was very proud to pass the experience of the trade on to his son and grandson. He loved when they would call him for advice to glean from his years of knowledge in these fields. Jerry is preceded in death by both of his parents, and his daughter, Linda Stanley of Milledgeville, Georgia. He is survived by his loving wife, Betty Smith, of Milledgeville, Georgia and his brother Dennis Smith of Palo Verdes, Arizona. He is also survived by his son, Vance Eric Smith (and wife, Dawn Smith) of Phenix City, Alabama, and his grandson, Conrad Stanley (and wife, Rebecca Stanley) of Charlotte, North Carolina, and his great-grandchildren, Nya Stanley and Daniel Stanley, and his step-grandchildren, Anna Bishop, Avery Farber and Audrey Cole, plus other family and friends, many of whom he viewed truly like his sons and daughters, that he loved dearly.

Jerald Dean Smith, age 85, of Milledgeville, Georgia died at home on Sunday, February 6th, 2022. He was born August 19, 1936 in Upland, California to his loving parents Albert and Mable Smith. He had one sibling, a younger brother, Dennis Smith. Virtual... View Obituary & Service Information

The family of Jerry Smith created this Life Tributes page to make it easy to share your memories.