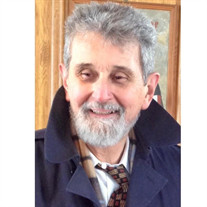 Services for John Chaklos, Jr. of Milledgeville, passed away on April 2, 2021 at the age of 80 will be held at his residence on Saturday, May 8th, 2021 from 1 PM to 5 PM. He was born in Crossingville, Pennsylvania on May 12, 1940, oldest son to the late John Chaklos, Sr. and Mary (Husaem) Chaklos. He is survived by wife Nancy Chaklos. John served in the United States Air Force for 22 years, rising to the rank of Major, serving as an intelligence officer in multiple locations all over the US and internationally, including Turkey, Japan, Alaska, England and Germany. He attended college during his service years, eventually earning a Bachelor’s, MBA, and Advanced Certificate in Real Estate. After retirement from the Air Force in 1985, John became involved in local real estate in Milledgeville, working as an agent, an appraiser, and an instructor in real estate sales, ultimately opening Century 21 Old Capitol Realty, which he ran until his retirement in 2010. He loved to share his immense experience and knowledge with others, which he did by volunteering in numerous local organizations, including Kiwanis Club, American Legion and Boy Scouts of America. John also loved being outdoors with his dogs, helping kids, and spending time at the lake with friends and family. He is predeceased by his son Michael Andrew, and is survived by a son Bru Turner and wife Deb, grandson Doug Turner, and great granddaughter Ariya Turner. He is predeceased by his brother Daniel and he also has three sisters, Virginia Chaklos, Margie Huntzinger and Alice Morris, and nieces and nephews Jim (Diane), Suzi, Joe (Julie), Jesse, Abiama, Anieli (deceased), Jonathan, Nicholas and great nephews Gavin, Daniel, Colton and Corbin. In lieu of flowers, donations may be made to the Multiple Myeloma Research Foundation.

Services for John Chaklos, Jr. of Milledgeville, passed away...