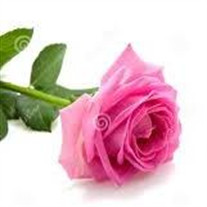 Martha Jane Criswell Day, age 78, passed away Wednesday, October 16, 2019. Services for Martha Day will be conducted Saturday, October 19, 2019 at 2:00 pm in the Chapel of Williams Funeral Home. Interment will be private. The family will receive friends at the Williams Funeral Home on Friday, October 18, 2019 from 5:00pm until 7:00pm. A native of McIntyre, she was the daughter of the late Claude Criswell and the late Sallie Whitaker Criswell. In addition to her parents, she was also preceded in death by two brothers, Hugh Criswell and Judson Criswell. Martha had many longtime dear friends not only locally, where she spent most of her adult life, but in Savannah and Kentucky, where she also lived. She was a proud grandmother, a beloved mother, sister, and friend, who will be missed by many who loved her dearly. She loved to cook and everyone loved her home cooked meals. Her thumb was green and no matter where she lived, her flowers flourished. Watching and feeding the birds was something she enjoyed right up until the end. One of her favorite Bible passages was Romans 8:38, 39- (38) For I am convinced that neither death nor life nor angels nor governments nor things now here nor things to come nor powers (39) nor height nor depth nor any other creation will be able to separate us from God’s love that is in Christ Jesus our Lord. She faced her last weeks with much courage and peace and placed her hope in the promised resurrection found at John 5:28, 29- (28) Do not be amazed at this, for the hour is coming in which all those in the memorial tombs will hear his voice (29) and come out, those who did good things to a resurrection of life, and those who practiced vile things to a resurrection of judgment. This hope was very real to her and was imbedded deeply within her heart. We will remember Martha, who was beautiful inside and out, but most importantly, so will Jehovah God, our Grand Creator. Martha is survived by: two daughters, Amie Day Arevalo and Sherrie Day Sumner ; her sister, Sallie Berry ; her brother, Kelly Criswell ; three grandchildren, Ethan Arevalo, Autumn Arevalo, and Amanda Keys ; and two great grandchildren. Condolences may be expressed online at: www.williamsfuneral.net Williams Funeral Home and Crematory of Milledgeville is in charge of arrangements.

Martha Jane Criswell Day, age 78, passed away Wednesday, October 16, 2019. Services for Martha Day will be conducted Saturday, October 19, 2019 at 2:00 pm in the Chapel of Williams Funeral Home. Interment will be private. The family will receive... View Obituary & Service Information

The family of Martha Criswell Day created this Life Tributes page to make it easy to share your memories.