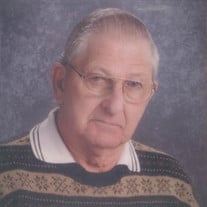 Max Glenn Densmore, age 88, of Baldwin County, passed away Friday, February 25, 2022. Funeral services for Max Densmore will be conducted Monday, February 28, 2022 at 2:00pm in the Chapel of Williams Funeral Home. Interment will follow in Heritage Memorial Park. The family will receive friends at the Williams Funeral Home on Monday, February 28, 2022 from 1:00pm until the funeral hour. A native of Ulysses, PA, Max was born June 15, 1933 to the late Max Gerald Densmore and the late Flora Valentine Culter Densmore. In addition to his parents, Max was also preceded in death by his wife, Aleatha Densmore, two daughters, Donna Simmons and Daphne Densmore. Max retired from the U.S. Air Force, and had lived in Baldwin County for the past 20 years. He worked for Concord Fabrics, and later worked with Butler Recycling following retirement. Max is survived by his daughters, Debbie (& Ricky) Somers of Milledgeville, Deloris (& Steve) Somers of Milledgeville, and Darla Densmore of Milledgeville ; by his son, David Densmore of Atlanta ; by his sisters, Bernice M. Marvin of Jacksonville, FL and Donna Densmore of Connecticut ; and his brother, Victor Densmore of Tucson, AZ. Condolences may be expressed online at: www.williamsfuneral.net Williams Funeral Home and Crematory of Milledgeville is in charge of arrangements.

The family of Max Glenn Densmore created this Life Tributes page to make it easy to share your memories.