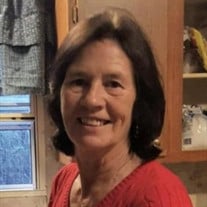 Merle Foskey Lamb, age 70, of Milledgeville, passed away Saturday, April 11, 2020. A Celebration of Life for Merle Lamb will be held at a later date. A native of Toombs County, Merle was born on October 23, 1949 to the late Ezra Foskey and... View Obituary & Service Information

The family of Merle Foskey Lamb created this Life Tributes page to make it easy to share your memories.