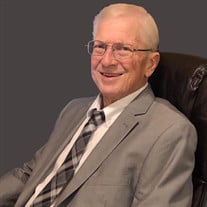 Mike Fountain Mr. Wilson Michael “Mike” Fountain, 65, passed away on August 22, 2019 at home surrounded by his family, after a brave battle against cancer. He was a native of Macon and had lived in Baldwin County for almost 45 years. Mr. Fountain had a number of careers, but found his calling when he became a teacher in 1995. Over the course of 20 years, Mr. Fountain taught math at Baldwin High School and science at both Boddie and Oak Hill Middle Schools. On May 2, 1975, Mike married the love of his life, Sandy. Their devotion to one another was one for the story books. Mike was a generous person who always rooted for the underdog and would go out of his way to help those whom others passed by. He never delighted in the teasing of others and encouraged his daughters never to act mean-spiritedly. He enjoyed trivia, music, and watching the Atlanta Braves, but his passion was his family. His greatest joy in life came from their happiness and success. Mike was a quiet and unassuming person and those who had the pleasure of loving him are suffering his loss greatly. Mike was predeceased by his parents, George Wilson Fountain and Vernell Dixon Fountain. He is survived by his wife, Sandy Fountain of Milledgeville; daughters, Jennifer Baltzegar (Andy) of Raleigh, NC, and Stacey Fountain of Milledgeville; sisters, Crystal Fountain Branta (Jack) of Lansing Michigan, Sandra Gordon (Gary) of Newport Richey, FL; brother, James Howard Fountain; and a number of nieces and nephews. A service will be held on Thursday, August 29, 2019 at 4 PM in the Williams Funeral Home Chapel in Milledgeville. The family will receive friends at the funeral home on Thursday from 3 PM until the service time. In lieu of flowers, memorial contributions may be made to the Georgia College Music Program, University Advancement, 120 N. Clarke St., Campus Box 96, Milledgeville, GA 31061, where he had been a member of the Stage Band and Concert Band.

Mike Fountain Mr. Wilson Michael &#8220;Mike&#8221; Fountain, 65, passed away on August 22, 2019 at home surrounded by his family, after a brave battle against cancer. He was a native of Macon and had lived in Baldwin County for almost 45... View Obituary & Service Information

The family of Mike Fountain created this Life Tributes page to make it easy to share your memories.