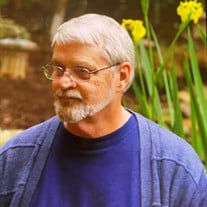 Phillip Gregory Petty, age 72 of Milledgeville, Georgia passed away on Monday July 26, 2021 with his beloved wife, Jo Scott-Petty and his close friends Micky Evans and Diana Hollis at his bedside. Phil was born November 15, 1948 in Athens, Georgia to the late Frank W Petty and Sarah Cooper Petty. Phil had a twin sister, Pricilla who died shortly after birth due to a congenital heart abnormality. Phil became interested in patient care early on and after graduating from high school in 1966, began working as an orderly at Athens General Hospital and in 1967 attended an ambulance attendant course at Athens General Hospital and made his first ambulance call on November 1, 1967 in Athens, GA. During that time, he took both the American Red Cross Standard and Advanced First Aid Courses. In 1969, Phil was among the first in Georgia to attend a new innovative three-day EMT-Emergency Medical Technician training course in Chattanooga, TN, becoming one of the first licensed EMT’s in the State of Georgia. In the early 1970’s, Phil moved to Rome, Georgia where he worked for several years at Floyd Hospital Ambulance Service and was a member of the Floyd County Civil Defense Rescue Service. In 1971 Phil Petty, along with Bob Mabry and J.D. Fowler opened the Quick Start Program Office under the Office of Vocational Education of the Georgia Department of Education with Al Jones as the manager. Petty was instrumental is promoting EMT training courses throughout the state. In 1982 Petty attended a Paramedic program at Grady Hospital in Atlanta, Georgia and become one of the early Paramedics (GA Paramedic #P000902) and soon became an EMT and Paramedic Instructor for the State. Phil Petty provided curriculum development and program support for 20 Allied Health and Nursing Occupational areas involving 135 degree and diploma programs. Coordinated and directed statewide health safety emergency operations for the state agency and 34 constituent State Technical Colleges. One of his biggest accomplishments was securing funding for and hiring EMS Program Field Training Officers (FTO) to provide technical rescue training, program support and instructor development to every EMS Program in the state taught at a DTAE school. In 1975, Phil joined Road Atlanta “Quacks” Medical Staff at the racetrack in Braselton, Georgia, first as a volunteer and later as an employee of Atlanta South Ambulance Service. He worked many of the events and all nationally sanctioned races at the course until 1993. Those who knew Phil well were often subjected to his wicked sense of humor. The unsuspecting might easily become involved in perpetrating one of his practical jokes. Briefly stated, no one who ever knew Phil Petty escaped unscathed. Phil married the “Love of His Life” June 26, 1993. Renee Wilkerson Morgan a dear friend attending their wedding, told Phil “He hit the jackpot”. He responded with that exact and confident answer as only Phil could do, “I certainly did” (with the biggest smile ever). Phil also had a gentle, private side that came to public notice after he and Jo retired to their home on Lake Sinclair in Milledgeville. They fed a plethora of critters, feral cats, opossums, raccoons, and foxes. All were welcome at the Flamingo Cove Buffet. Phil loved to write about His Critters on his Facebook page and had hundreds of followers waited for his next installment. During his working years, Phil continued to work to advance his education. In addition to his EMT and Paramedic training, Phil attended Highlands College in Rome Georgia, Georgia State University in Atlanta Georgia, and completed his Bachelor of Science Degree in Organizational Leadership from Fort Hays State University in Hays Kansas in 2008. Phil would go on to spend 36 years fulfilling his sincere and dedicated love for helping others. Phil was a quiet, humble, and unassuming man who took a budding field of endeavor where people wanted to help the ill or injured and turned it into a career path called “Emergency Medical Services.” Phil was a pioneer, a renegade, a teacher, a counselor, a manager, and a Visionary who brought EMS into being. With his dedication to his career choice, Phil Petty inspired thousands of young men and woman to enter the profession of Emergency Medical Services. Phil was truly the: “Father of Emergency Medical and Paramedic Education in Georgia” A Memorial Celebration of Life Service is scheduled for August 21, 2021 at 11:00 am at Williams Funeral Home, 1670 North Jefferson Street, Milledgeville, GA 31061. A reception will follow at The Rockwell House 402 Allen Memorial Dr. Milledgeville, GA 31061. Jo has requested that all attending please wear masks. The service will also be available via Internet. In lieu of flowers, please consider a donation to Animal Rescue Foundation (ARF) of Milledgeville, 711 South Wilkinson Street, Milledgeville, GA or Pawz 4 Georgia, 196 Montego Bay Road, NW, Milledgeville, GA 31061.

The family of Phillip Gregory Petty created this Life Tributes page to make it easy to share your memories.