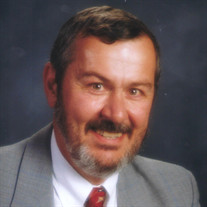 Rian Ringsrud, a loving and devoted husband, caring and supportive father, and loyal friend, died quietly and peacefully on the morning of Thursday, November 22, 2018 after an extended battle with Parkinson’s Disease. He was 70 years old. Rian was the son of the late Colonel and Mrs. Ronald Ringsrud of Deadwood, South Dakota and Milledgeville, GA. Having grown up in the military, Rian lived in a variety of places – Germany, Puerto Rico, Panama, Iowa, Virginia, California, South Dakota, Mississippi, and Georgia. After graduating Oxford High in Oxford, Mississippi, Rian received a Bachelor of Business Administration from the University of Mississippi. He was a member of Phi Kappa Psi Fraternity and served as President his Junior year. During his time at Ole Miss he enrolled in ROTC (Reserved Officers Training Corp) under the direction of his father, Colonel Ringsrud, who was Professor of Military Science. Rian was a member of the Scabbard and Blade Society. He became commissioned a Lieutenant in the U.S. Army and honorably served a tour of duty in the Vietnam War. After his discharge from the military, Rian attended Georgia State University in Atlanta where he received his MBA and started his career with the State of Georgia. He acted as Purchasing Agent for the Georgia Public Health Laboratory. Later he transferred to Central State Hospital as Budget Officer and Accounting Director. He served the remainder of his career as CFO at Savannah Regional Hospital and River Edge Behavioral Health, where he retired. He was a member of the Milledgeville First United Methodist Church and Emmaus Sunday School Class. He served on the Finance Committee at FUMC, Treasurer of CSH Credit Union, River Edge Board of Directors, and very generously supported many charities. His other interests included sports (especially the Ole Miss Rebels), music, reading, games, travel, and spending time with family and friends. Left to cherish his memories are his wife, Hilda, the love of his life ; two children, Ashley Ringsrud Smith (Edwin) and Knute Ringsrud (Ragan) ; three beautiful grandchildren, Kinsley Smith, and Mason and Caroline Ringsrud ; his Brother, Ronald Ringsrud (Linda) ; and two nephews, Eric and Kip Ringsrud of Saratoga, California. Services for Mr. Rian Ringsrud will be held on Wednesday, November 28, 2018 at 2:30 PM at the Georgia Veterans Memorial Cemetery in Milledgeville. The family has asked that friends who wish, make Memorial Contributions to The First United Methodist Church, 366 Log Cabin Road, Milledgeville, GA 31061. The family will be forever grateful for the kindness and care given to Rian by Vernette Felton, Lawanda Felton, Toya Wright, Greta Mosley, and Keisha Watson. Condolences may be expressed online at: www.williamsfuneral.net The Williams Funeral Home and Crematory of Milledgeville has been entrusted with arrangements.

Rian Ringsrud, a loving and devoted husband, caring and supportive father, and loyal friend, died quietly and peacefully on the morning of Thursday, November 22, 2018 after an extended battle with Parkinson&#8217;s Disease. He was 70 years old. Rian... View Obituary & Service Information

The family of Rian Amund Ringsrud created this Life Tributes page to make it easy to share your memories.

Rian Ringsrud, a loving and devoted husband, caring and supportive...