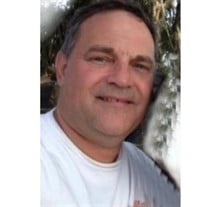 Robert Allen “Bob” Binkley, age 61, of Milledgeville, passed away on Saturday, July 31, 2021. Funeral services for Bob Binkley will be conducted Wednesday, August 4, 2021 at 3:30pm from the graveside with Rev. Freddy Hogg officiating. Interment will follow in Washington Memorial Gardens. The family will receive friends at the Williams Funeral Home on Wednesday, August 4, 2021 from 2:00 pm until 3:00 pm. Bob was born on September 7, 1959 to the late Nevin Binkley and Mrs. Barbara Martin Binkley. In addition to his father, he was also preceded in death by a son, Robert Binkley, and by a sister, Linda Book. He was a native of Pennsylvania, but had lived in Milledgeville since 2007. He retired from the Air Force after 20 years, and also retired from Civil Service at Robins Air Force Base. In 2016, he bought the “Lake Country Lanes” Bowling Alley in Milledgeville. Survivors include: his wife, Cynthia Binkley of Milledgeville; his mother, Barbara Binkley of Tuscon, AZ; his step-son, Benny Jones of Chicago, IL; and his sister, Cindy King of Tuscon, AZ. In lieu of flowers, the family has requested that Memorial Contributions be made to The Wounded Warrior Project. Condolences may be expressed online at: www.williamsfuneral.net Williams Funeral Home and Crematory of Milledgeville is in charge of arrangements.

The family of Robert Allen Binkley created this Life Tributes page to make it easy to share your memories.