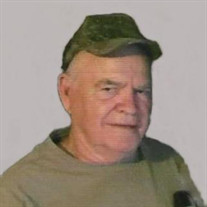 Robert Edward “Bobby” Mayes, age 81, of Milledgeville, passed away Tuesday, January 12, 2021. Funeral services for Bobby Mayes will be conducted Friday, January 15, 2021 at 3:00pm in the Chapel of Williams Funeral Home of Milledgeville with Rev. Jeff Hegwood officiating. Interment will be privately held in Glen Haven Memorial Gardens in Macon. The family will receive friends at the Williams Funeral Home on Friday, January 15, 2021 from 2:00pm until the service hour. Bobby was born in Petersburg, Virginia on November 25, 1939, to the late Bernard Mayes and the late Ruth Williams Mayes. In addition to his parents, he was also preceded in death by his siblings, Raymond Mayes, Jimmy Mayes, Mary Mayes, and Smmy Mayes. He retired from Brown and Williamson after 34 years of employment, and lived in Milledgeville for over 17 years. Bobby was a member of Calvary Baptist Church in Eatonton. He is survived by: his wife, Shirley Mayes of Milledgeville ; his sons, John Mayes and George Mayes, both of Petersburg, VA ; a step-daughter, Cindy Powers of Milledgeville ; a step-son, Harry Millis, Jr. (& Monica) of Jones County ; 15 grandchildren ; 22 great grandchildren ; and his beloved dog, Georgia. In lieu of flowers, the family has asked that those who wish, make Memorial Contributions to the Donor’s favorite charity. Condolences may be expressed online at: www.williamsfuneral.net Williams Funeral Home and Crematory of Milledgeville is in charge of arrangements.

The family of Robert Edward Mayes created this Life Tributes page to make it easy to share your memories.