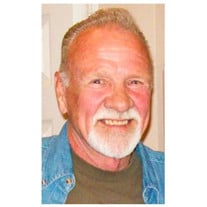 Sidney “Sid” Richards, 83 years old, resident of Sparta, GA. Sid sadly passed away due to covid complications in Macon, GA on Tuesday September 14, 2021. Sid was born on August 15, 1938, in Toledo, OH. One of five children to Sidney and Dorothy Richards. Sid joined the US Navy at the age of 17, serving as a Fireman Seaman 1st Class. Sid was on many ships during his Navy career, he served in the Korean War, and was also a boxer during his time with the USN. Upon conclusion of service to his country Sid went to work for the elevator corporations and retired from Schindler Elevator Corp in 1996 as the Superintendent of Construction for the southeast region in 1996. Sid married the love of his life Sidney K. Richards on December 27, 1980, in Lawrenceville, GA. Sid traveled all over the word. Some of the best family vacations were spent camping in the Blue Ridge Mountains, Carlsbad Caverns, Michigan snowy cabins and Lake Sinclair. Eventually, Sid and his wife officially retired to Lake Sinclair in Sparta, GA., where he had a wonderful life surrounded by all he loved. Sid was an avid fisherman, hunter, racer of cars, motorcycles, and snowmobiles. He loved NASCAR and boating. He was a big softy for stray animals and loved all dogs. He was a friend to many and loved by all that knew him. Sid is survived by his wife, Sidney K. Richards (Sparta, GA). His son, James K. Sager (Flowery Branch, GA), his daughter Christina S. Bartholomew (Beaufort, SC), his sister Patricia Richards Steinmiller (Lambertville, MI). He had four grandchildren and loved spending summers with them; Sidney K. Sager, James P. Sager, Samantha L. Sager and Kaylee M. Bartholomew. His many nieces and nephews. He was preceded in death by his daughter Brigitte Richards Kauffman, son-in-law Chris Bartholomew and his siblings, Carol, Harry and Roger. Due to covid restrictions there will not be a funeral service. Interment at the GA Veterans Memorial Cemetery will be at a later date. In lieu of flowers, memorial contributions may be made to East Lake Sinclair Fire Department in Sid’s name at 4029 Lake Sinclair Drive, Sparta, GA 31087.

The family of Sid Richards created this Life Tributes page to make it easy to share your memories.