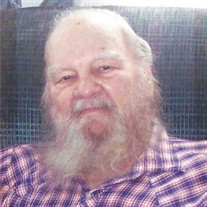 Thomas Jearld Duke, age 90, of Middleburg, FL, passed away Tuesday, October 20, 2020. Funeral Services for Thomas Duke will be conducted Saturday, October 24, 2020 at 12:00 Noon in the Chapel of Williams Funeral Home and Crematory of Milledgeville. Interment will be held privately. A native of Covington, GA, Thomas was born on April 24, 1930 to the late Mr. Thomas Euell Duke and the late Rosa Reeves Duke. In addition to his parents, he was also preceded in death by his wife, Margaret Richardson Duke, and by a grandson, Thomas Jerry Duke. Thomas was retired from the U.S. Navy, after 21 years of service. He also worked for the State of Georgia in Women’s Corrections for 16 years. Thomas was on the maiden voyage of the U.S.S. Independence, and on the final cruise of the U.S.S. Forrestal. He was a master carpenter, and loved to hunt and fish. Thomas lived a simple life. He was a good man, and he loved his family. Survivors include: his daughters, Rosa Lynn Maher of Middleburg, FL, Margaret Edwards of Orange Park, FL, and Tammi Hoose of Orange Park, FL ; a grandchild, Michelle Abbott ; and three great grandchildren, Michael Wooley, Austin Cook, and Sara Hoose. Condolences may be expressed online at: www.williamsfuneral.net Williams Funeral Home and Crematory of Milledgeville is in charge of arrangements.

The family of Thomas Jearld Duke created this Life Tributes page to make it easy to share your memories.