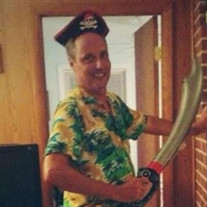 “Each man’s life touches so many other lives. When he isn’t around, he leaves an awful hole, doesn’t he?” –Clarence It’s a Wonderful Life On December 23rd, an awful hole was torn in our lives with the sudden death of Thomas Lowndes, III. As his wife, Rosie, and his daughters, Laura and Leah shared the news with family and friends—it became apparent how many other lives Tommy had touched in his fifty-six times around the sun. Born in 1964, Tommy started life in Flat Rock, South Carolina before moving to Georgia—first living in Tucker and then in Stone Mountain. Love is learned and through his family—a loving mother, brother and sister who survive him and his father who will join him in Chapter Eternal, he formed a foundation that mirrored the church he was raised in. A foundation of scripture, tradition, and reason. He found a faith family early at Holy Trinity Parish in Decatur, at Camp Mikell in Toccoa and St. Stephens Parish in Milledgeville that affirmed the family course. He went to Mercer University where he continued his lifelong pursuit of learning and of a life truly lived. He joined the Alpha Alpha chapter of Pi Kappa Phi and his brothers continued the lessons started at home. And this led to his great love—Rosie and Tommy met and fell in love in Macon. They were married soon after graduation and lived in Stone Mountain, had two daughters, and moved to the suburbs. Rosie and Tommy lived a life full of love and friendship in Connemara—making memories and finding angels along the way. Always our captain, he loved living at Jolly Mon Cove. While the house had changed, Tommy loved coming home to the lake. Our captain will be missed by the kid, his grandson Justin who will always love his Big Dog. All he needed was love, and in the days following our great loss, the response from those near and far—show his intense love made a mark on this one particular harbor. Tommy Lowndes, we were damn glad to meet you. In lieu of flowers, the family has asked that donations be made in Tommy’s name to St. Stephen’s Episcopal Church (P.O. Box 309. Milledgeville, Georgia 31059), or Camp Mikell (237 Camp Mikell Court Toccoa, Georgia 30577) or the Georgia Wildlife Federation. A small family service will be held and a service on May 15 at Holy Trinity Episcopal Church in Decatur, Ga followed by a celebration of life party at our lake house.

The family of Thomas Lowndes III created this Life Tributes page to make it easy to share your memories.

“Each man’s life touches so many other lives. When he isn’t around,...