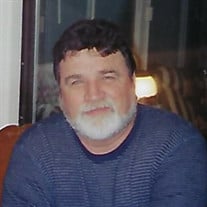 Wayne David “Buzz” Redd, age 71, of Milledgeville passed away Thursday, April 23, 2020. Graveside services for Buzz Redd will be conducted from the Graveside on Monday, April 27, 2020 at 1:00pm in Crown Hill Cemetery in Albany, GA. Friends and family members may independently stop by to sign the Guestbook on Saturday, April 25, 2020 from 1:00pm until 4:00pm. Buzz was born on April 27, 1948 to the late Felmon Thomas Redd and the late Annie Elizabeth Phillips Redd. In addition to his parents, he was preceded in death by a daughter, Lisa K. Redd, and by a brother, Owen Felmon Redd. Buzz was a former “Baldwin Backlasher”. He enjoyed fishing, dancing, and Atlanta Braves baseball. Buzz traveled all over the state of Georgia to watch his kids, grandkids, nieces, and nephews play sports. He loved his family more than anything. He was a member of Shurlington Baptist Church. Buzz is survived by his wife, Lee Ann Redd of Milledgeville ; his daughter, Ashley R. Maddox (& Chris) of Gray ; his son, Dana W. Redd of Macon ; 6 Grandchildren ; 4 Great Grandchildren ; his brother, Neal J. Redd (& Debbie) of Macon ; and his sister-in-law, Joyce Redd of Forsyth. The family has asked, that those who wish, make Memorial Contributions to the local “A.R.F.” Animal Rescue Foundation, 711 S. Wilkinson Street, Milledgeville, GA 31061. Condolences may be expressed online at: www.williamsfuneral.net Williams Funeral Home and Crematory of Milledgeville is in charge of arrangements.

The family of Wayne "Buzz" Redd created this Life Tributes page to make it easy to share your memories.