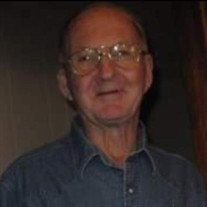 William Daniel “Dan” Peek, age 82, of Milledgeville, passed away Sunday, February 21, 2021. Funeral services for William “Dan” Peek will be conducted Friday, February 26, 2021 at 11:00am in the Chapel of Williams Funeral Home and Crematory of Milledgeville. Interment will be Private. The family will receive friends at the Williams Funeral Home on Friday, February 26, 2021 from 10:00am until the service hour. Dan was born in Atlanta on March 19, 1938 to the late William Thomas Peek and the late Evelyn Holland Peek. In addition to his parents, he was also preceded in death by his wife, Daisy Alford Peek. He lived in Baldwin County for the last 44 years and was retired from Georgia Power. Survivors include his daughters, Kristen Peek of Milledgeville, and Michelle (& Jacque) Steyn of Louisville, KY ; his son, Tom Peek of Shellman Bluff ; adopted daughter, Angela Brock of Perry ; grandchildren, Camille Cowles and Natalie Marple (& Justin) of Louisville, KY ; and 4 great grandchildren. In lieu of flowers, the family requests that Memcorial contributions be made to the Alzheimers Association, 225 N. Michigan Ave, Fl. 17, Chicago, IL 60601, or to the Oconee River Greenway Foundation, 201 E. Greene Street, Milledgeville, GA 31061. Condolences may be expressed online at: www.williamsfuneral.net Williams Funeral Home and Crematory of Milledgeville is in charge of arrangements.

The family of William "Dan" Peek created this Life Tributes page to make it easy to share your memories.